Mervyn’s memories of the 1950s

Reading Geraldine’s memories of East Prawle has intrigued me. My grandmother was Miriam Putt who lived in Stevens Cottage (now Kittiwake). She raised 5 daughters in the village and I am the son of her youngest, Nancy Putt. Her other daughters were Winifred, Lilian, Mary, and Dorothy.

During the 50’s I spent many holidays in Stevens Cottage and used to visit the shop regularly. I also remember going to Tuckers farm to collect fresh milk in a large jug and going down to “New Houses” to visit and have tea with “Aunt Alice”. The shop Geraldine mentions was a regular destination for buckets, spades, nets and ice cream. Not far to go from the cottage.

One of my aunts, Lilian, lived in “Higher Park “, the large council houses off Town Road, after marrying Harry Currie. Dorothy married a farmer, Arthur Elliot at High House farm out on the road to East Portlemouth. I used to love visiting this farm and being with my cousins, having rides on ponies and seeing all the chicks and ducklings.

My mother Nancy and her other 2 sisters, Winifred and Mary, came to Bristol at the start of the war and worked in the aircraft factory at Filton. Mum must have been only about 20 years old at that time. Quite a shock for 3 country girls I would think. Here she met my father, Howard Reed and they were married near East Prawle in 1943 at East Portlemouth church, I believe. 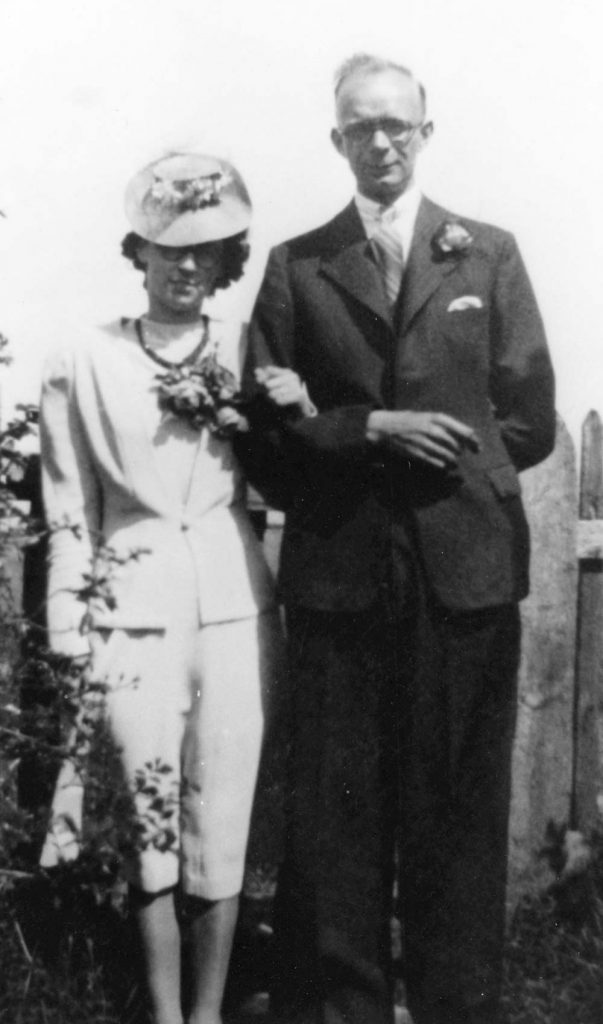 Nancy Putt and Howard Reed on their wedding day in 1943 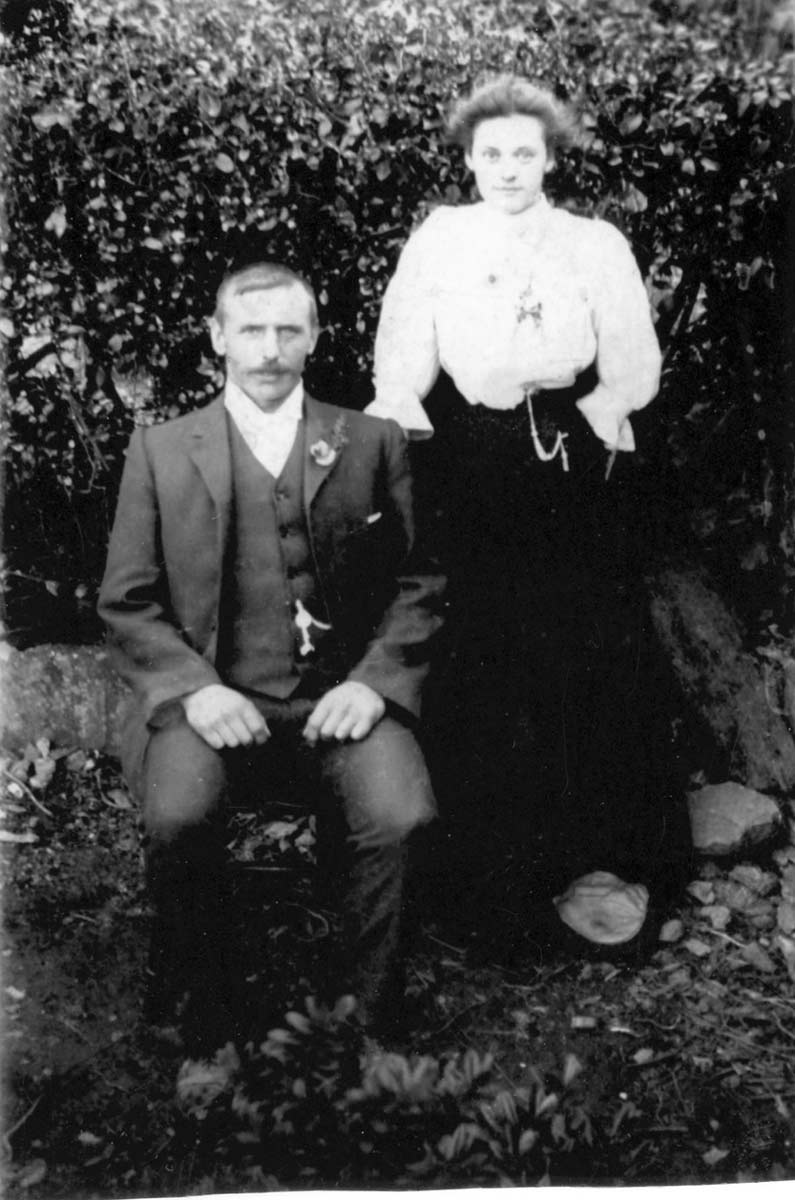 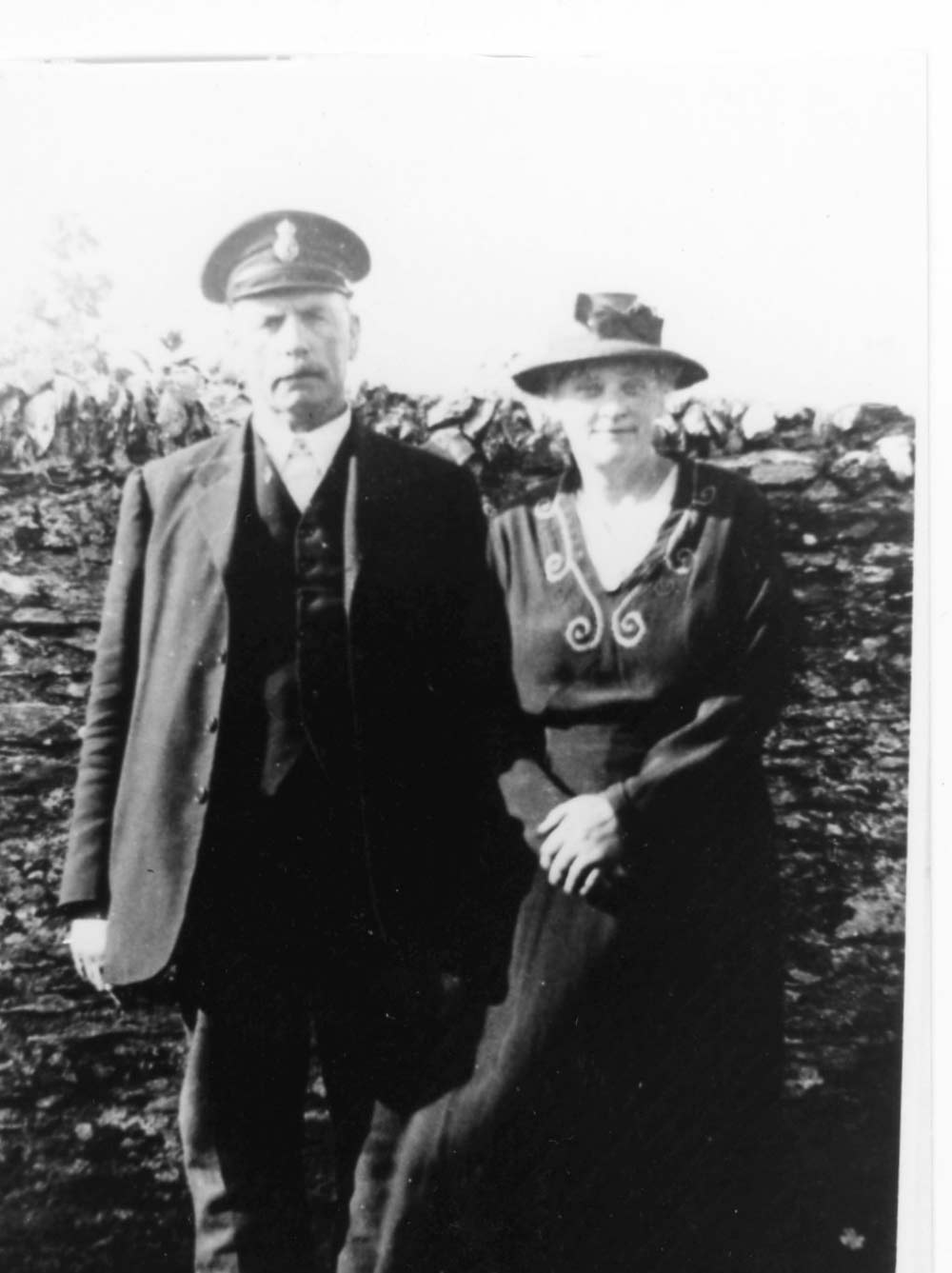 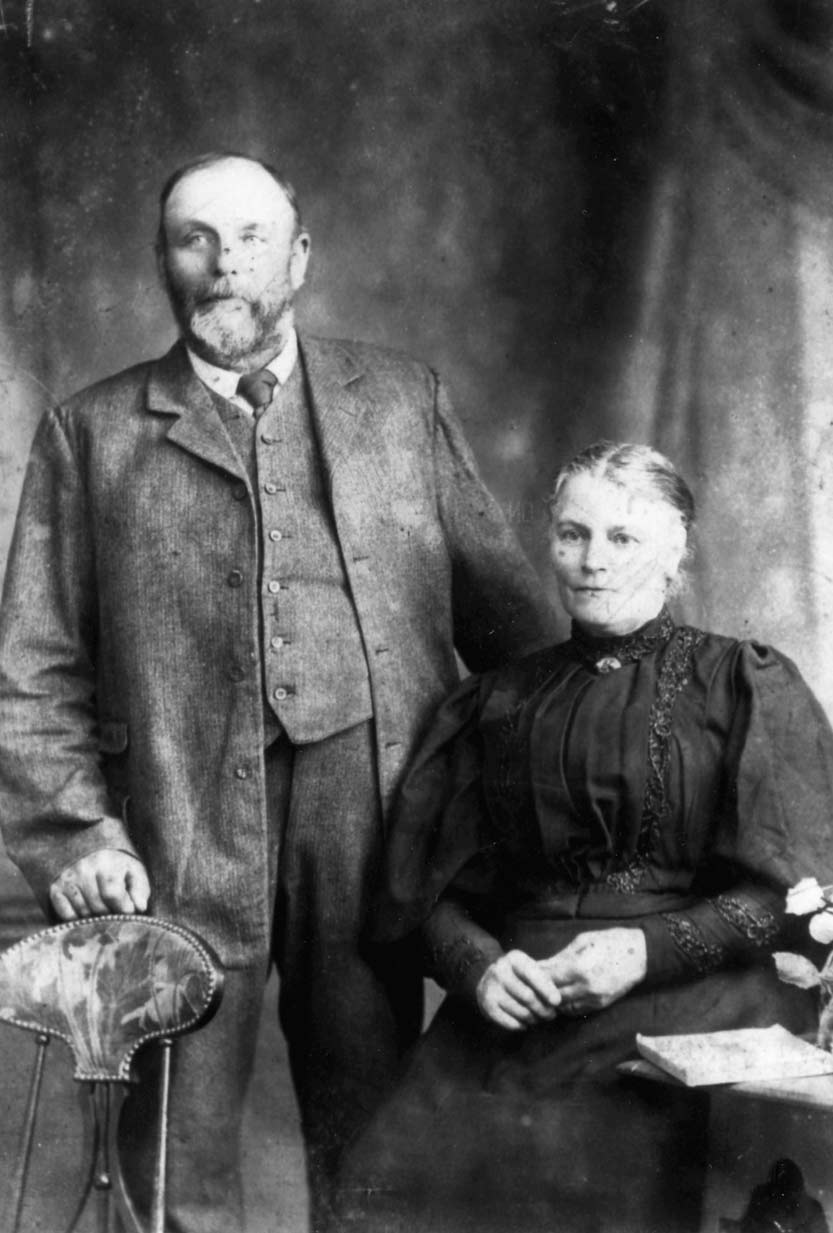 Thought to be my great grandparents and parents of John Putt: William Crispin Putt and Eliza Putt (née Stone)

I have many happy memories of Prawle, walking to Horsley beach, Shallow pool, and Prawle Point. Watching the shipping go up the channel from the field across from Stevens cottage, with my cousin John; looking for slow worms and adders under stones in the same field and generally running wild and enjoying life with my other cousins, John, Joan and George.  George still lives in the village to this date. 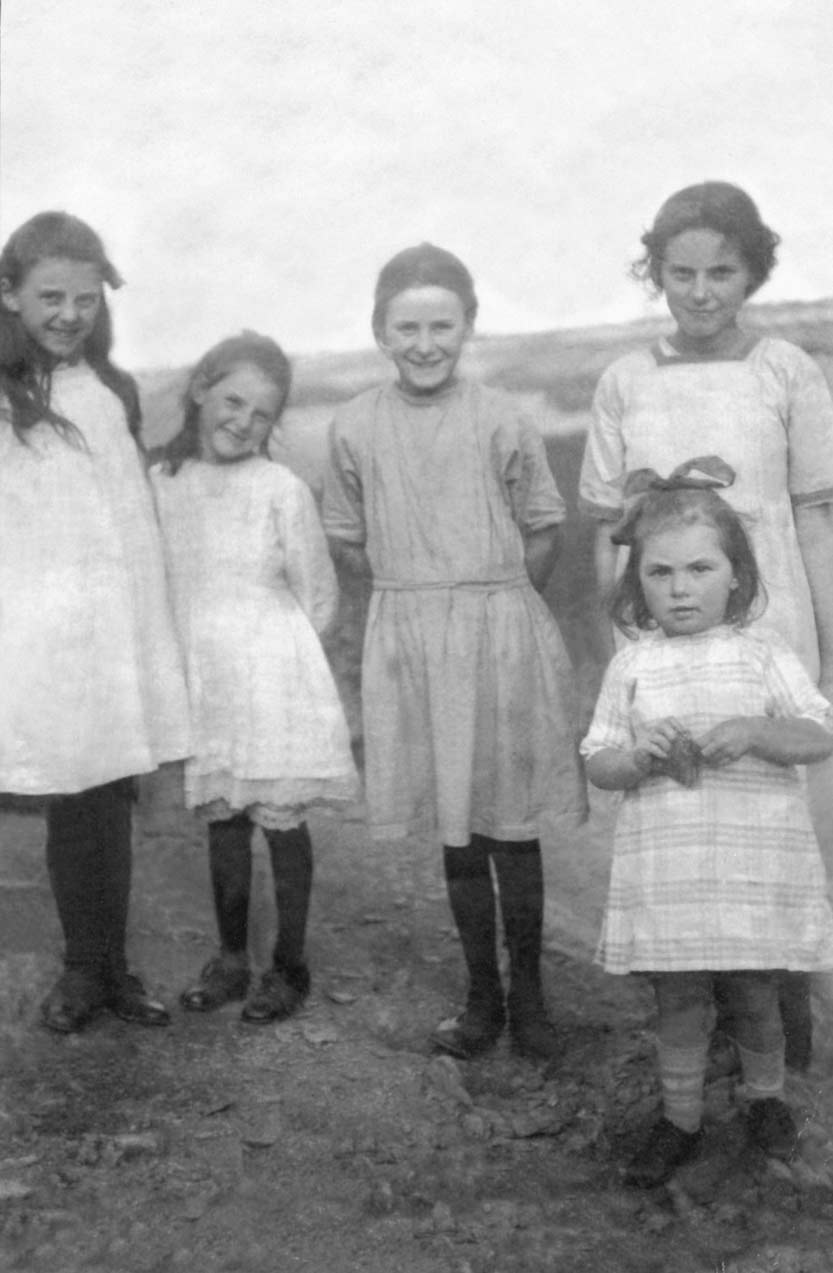 The children of John Putt and Miriam Philis Putt nee Wood). Left to right Winifred,Lilian,Mary, Dorothy and Nancy (my mother) in the front. They all grew up in Stevens cottage (now Kittiwake Cottage) 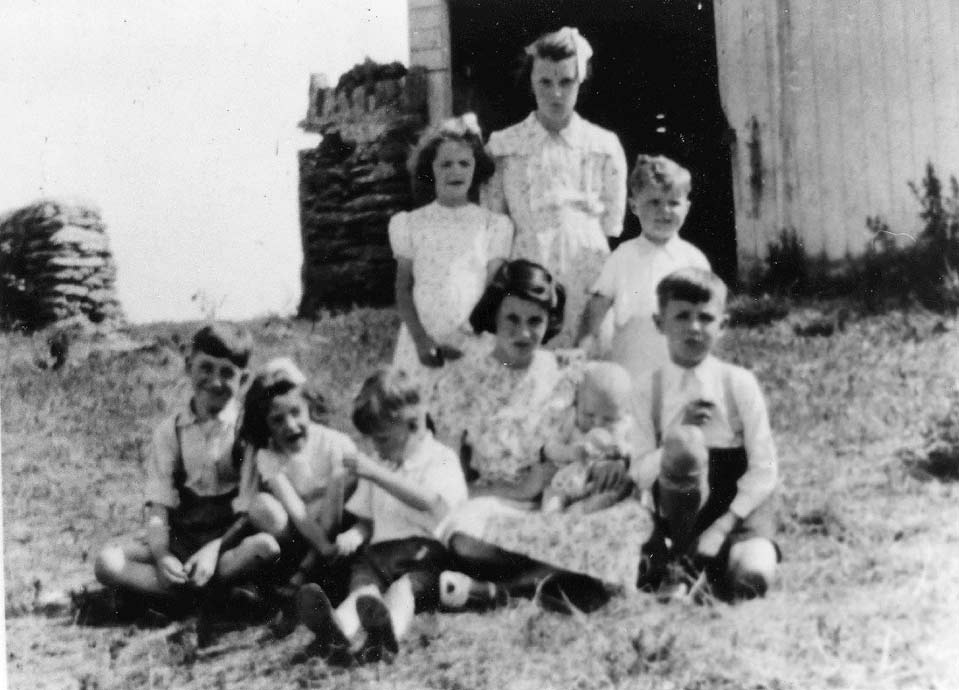 Front row: John Currie, Joan Currie, myself stretching the bubble gum, my other cousin Hazel Elliot holding Paul Harris who was born in 1951. Then my brother Tony. The back row is Mary Elliot, Pat Elliot and David Harris who is the same age as me. 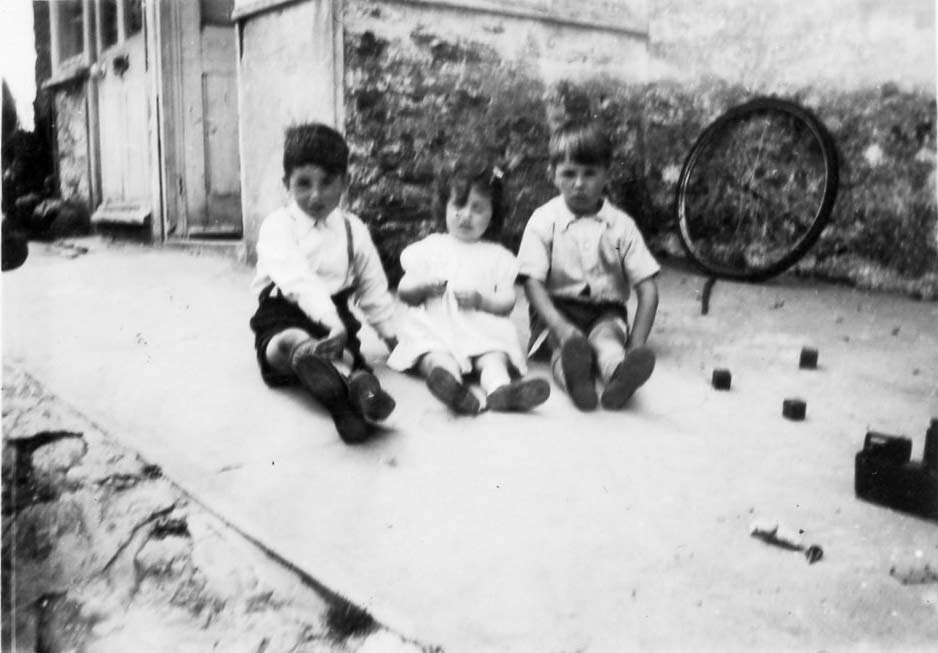 My cousins John Currie and Joan Currie along side my brother Tony (outside Stevens Cottage, now known as Kittiwake).

It’s good to see the Pigs nose still doing well and flourishing and the coffee shop on the end of piglet stores was very welcome on my last visit. We will be back to keep the memories alive, I am sure.