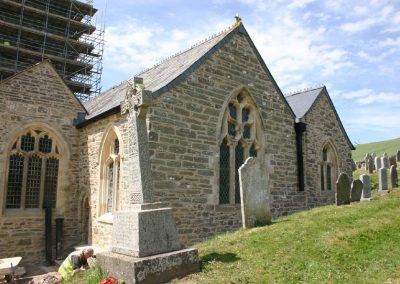 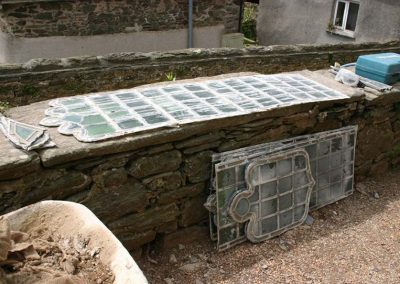 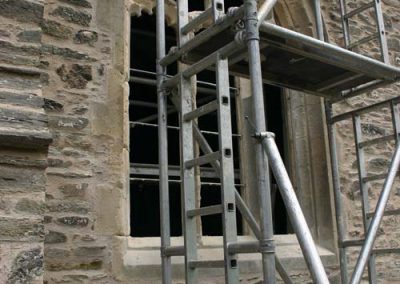 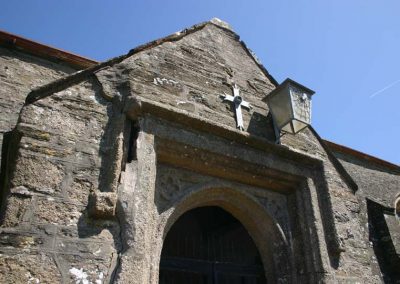 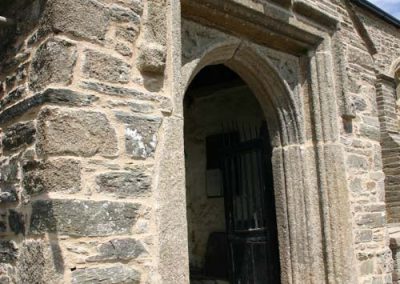 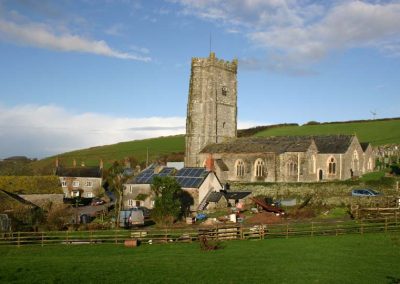 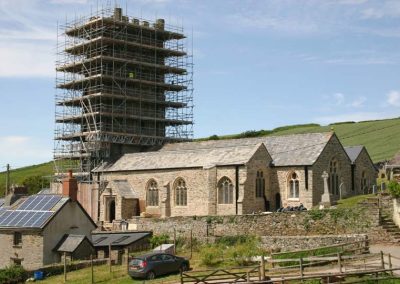 The “Hard Hat Day” took place on Tuesday 22 June. As a result, 28 people attended six sessions, four sessions in the morning and two in the afternoon. See also the Blog for more information.

During the sessions Amanda Le Page, the church architect, and Duncan Johnson, from Westcountry Stonemasons, explained what had been done to the Church and what still needed to be done.

The project has been unusual as the entire timetable has been dictated by the five species of bats resident in the Church. However, one of these species, the grey long-eared bat, is extremely rare and significant measures had to be undertaken to protect it.

Amanda explained that normally such a project would have started at the top and worked down. However, in this case they were not allowed to start work on the tower until April, nor were they allowed to work on the top of the walls of the south and north aisles.

As a result, it was decided to start with the structural repairs to the Vestry wall at the east end of the Church and also to the South Porch. Therefore the tour started at the Vestry. See the before and after photographs on the left (click an image to see a larger version and the caption).

Amanda explained that there are tiny holes in the stonework for the bats to enter. (These were impossible to see…)

Substantial re-pointing of the building was also started at this time, after careful pointing trials.  Next we moved on to look at one of the windows that needs major repairs.

From there we moved to the South Porch, which has now been completely rebuilt with 8 metre helicoil piles supporting it. Here is one of the videos taken on the day with Duncan Johnson explaining how they went about repairing the porch.

Finally we moved inside the Church for people to see where the pews had been removed to provide a space both for social events and exhibitions. Of particular interest is the new screen to the bell tower. Watch the video with an explanation.

Also of interest is the accessible wc and shower. The reason for the shower is we hope that in the future we will be able to use the Church for Champing (camping in the church). This is unusual but after a lot of discussion, the Diocese and Historic England could see the logic in the extra income helping the Church to be sustainable.