Little is known of where William Trible and his brother were raised after their mother died when they were 8 years old. It is thought that he lived with his twin and sisters in the Coastguard Cottages until 1903 when they moved away.

In 1911, when he was 17 he was a servant living in Gladstone House, Batson, Salcombe where he was employed as a gardener and ground domestic.

During WWI he was enlisted into the army, and he stated, in 1916, that his civilian address to be East Prawle, Chivelstone, Kingsbridge. 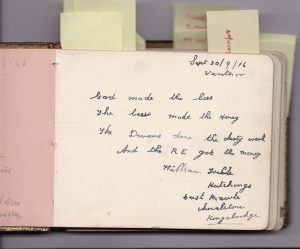 He visited his sister Mary Ann (Annie) Phillips in Ventnor IOW on the 30th September 1916.

He died of Spanish Flu on the 8th November 1918, 3 days before the end of WWI at the The Layne, Rolvenden Kent, which was a hospital, when he was 25. He was a private in the Agricultural Company Labour Corps, Canterbury at the time of his death. 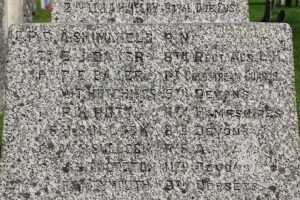 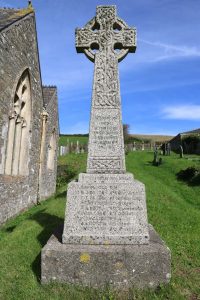 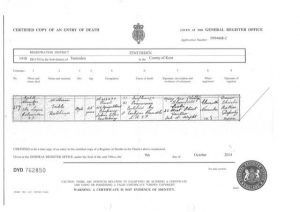 The original Coastguard cottages at East Prawle were built c 1823. They consisted of 5 terraced cottages and another for the officer. They each had a garden, a piggery, a communal washhouse with adjoining earth closets and their own water supply from the tap down below to the nearest well.